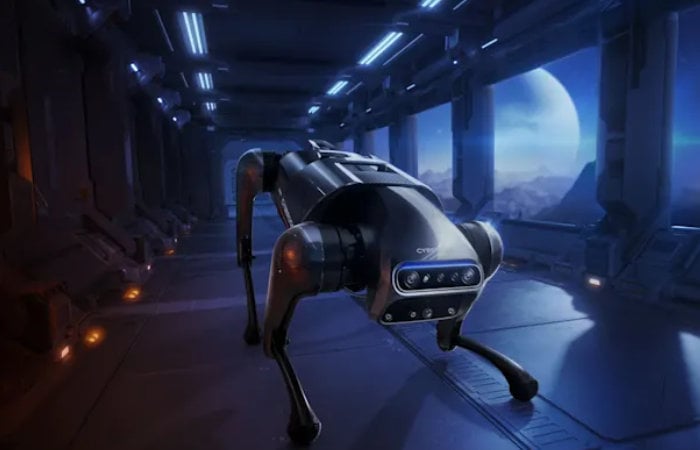 Adding to the expanding range of different quadruped robots currently available the development team at Xiaomi have unveiled their new open source CyberDog quadruped robot. A limited run of 1000 robots will be made available to “Xiaomi fans, engineers and robotics enthusiasts to jointly explore the immense possibility of CyberDog ” with prices starting from $1540. 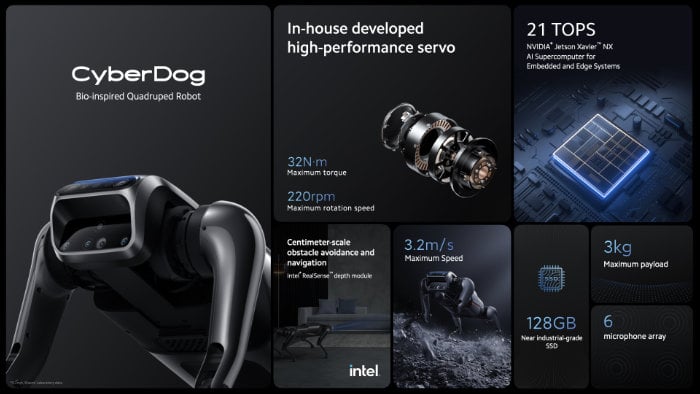 The quadruped robot is powered by a NVIDIA Jetson Xavier NX featuring 384 CUDA Cores, 48 Tensor Cores, a 6 Carmel ARM CPU, and 2 deep learning acceleration engines. Marketed as the world’s smallest artificial intelligence supercomputer the processor controls 11 sensors over the robots body to handle touch, ultrasonic feedback, cameras and GPS enabling it to interact with its environment. 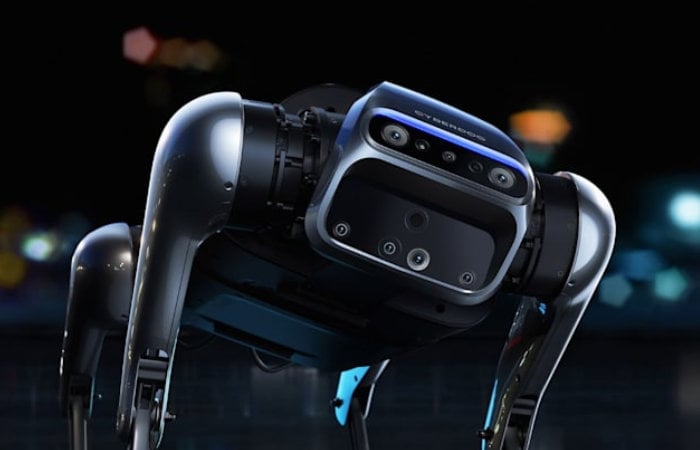 “At 70 mm x 45 mm, Jetson Xavier NX packs the power of the NVIDIA Xavier SoC into a module the size of a Jetson Nano. This compact module combines exceptional performance and power advantage with a rich set of IOs—from high-speed CSI and PCIe to low-speed I2Cs and GPIOs. Take advantage of the small form factor, sensor-rich interfaces, and big performance to bring new capability to all your embedded AI and edge systems.”

Built upon this vision sensor system are autonomous object tracking, SLAM, and centimeter-scale obstacle avoidance and navigation. This means that CyberDog can analyze its surroundings in real-time, create navigational maps, plot its destination, and avoid obstacles. Coupled with human posture and face recognition tracking, CyberDog is capable of following its owner and darting around obstructions. 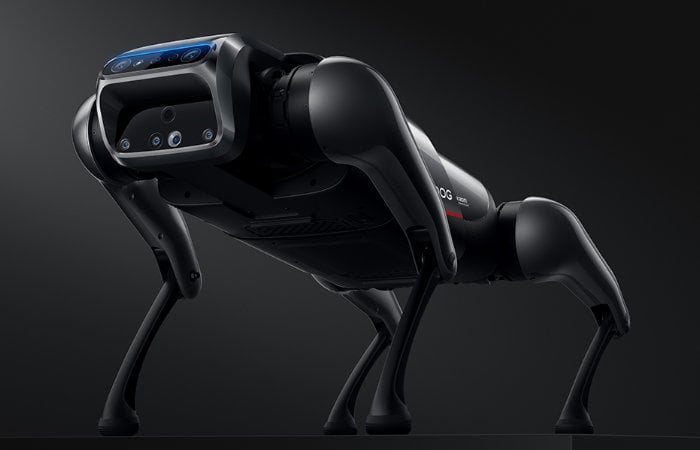 To add to its pet-like nature, users can use voice assistants to command and control CyberDog by setting a wake word, or simply use its accompanying remote and smartphone app. CyberDog can be called on for the most unique tasks, and the ways in which it can be interacted with holds unforetold possibilities.

“To fully model biological organisms, CyberDog is equipped with 11 high-precision sensors which provide instant feedback to guide its movements. This includes touch sensors, cameras, ultrasonic sensors, GPS modules, and more, giving the CyberDog enhanced capability to sense, analyze, and interact with its environment.”