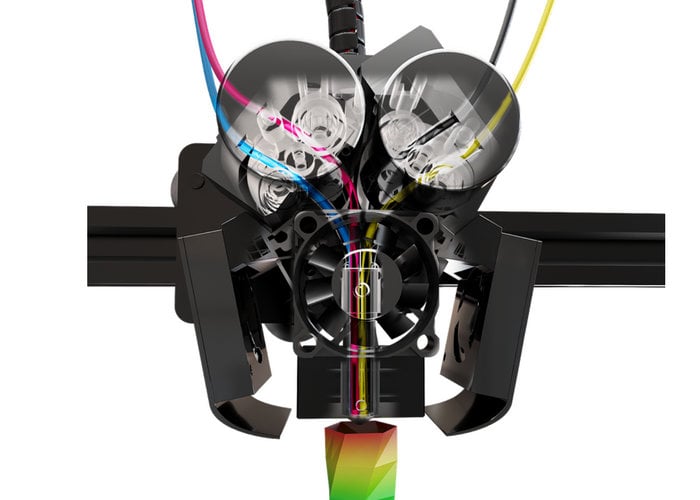 “Until now, full-color palette 3D printing has been the ultimate dream for 3D enthusiasts. Some commercial products have been introduced in recent years, but they come with limitations and a high price tag. Few options exist under the $3000 price point. A few multi-filament extruders and advanced add-ons are on the market but they are are limited, for example by mixing just two or three filaments, printing only in PLA, or relying on multiple independent nozzles. The QuadFusion is the first four-filament mixing extruder available on the consumer market.”

For more information on the QuadFusion 3D printing head jump over to the official crowdfunding campaign page for full specifications and a list of all available pledges which will start shipping out to backers during Q3 and Q4 2018.