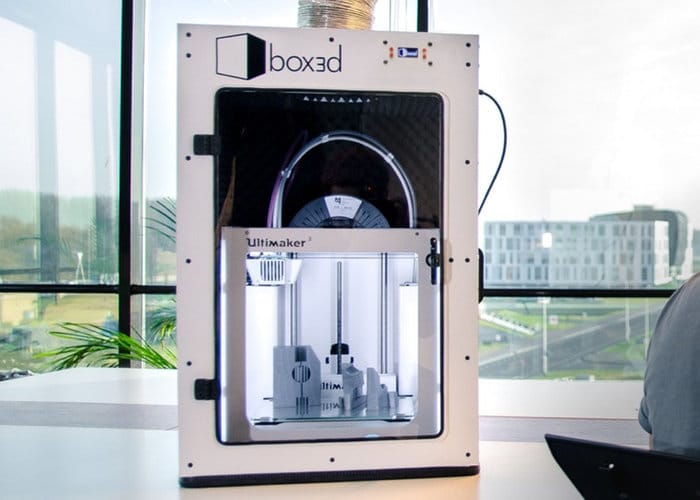 Developers, makers and hobbyists that use a 3D printer to create objects using 3D printer filaments, that could create toxic fumes, may be interested in a new 3D printer fume extractor created by box3d based in the Netherlands. box3d has been designed to not only extract toxic fumes, but also help soundproof your printer and keep the printing environment a stable temperature during the printing process, to reduce the possibility of warping during the print. Watch the demonstration video below to learn more about the box3d 3D printer enclosure which has this week launched via Kickstarter to raise the €5,000 required to take the device into production.

Box3d is a self contained 3D printer enclosure kit, designed to fully control the printing climate, extracts fumes and reduces noises, as well as providing excellent visibility through a large transparent door. Fitted with rubber sealing for insulation and protection from toxic fumes, the 3D printer enclosure is available in two different sizes and capable of housing a wide variety of different 3D printers currently available.

box3d is available to back with early bird pledges starting from €169 and is available with an additional heap/carbon filter option if desired. If all goes well and the Kickstarter campaign is successful, delivery is expected to take place during March 2018. For more information, full specifications and a list of all available pledges jump over to the official Kickstarter campaign page by following the link below.