A French company called UNOWHY has announced a new tablet is launching the United States specifically made to be used in the kitchen while cooking. The tablet is called the QOOQ and to prove that the content available on the tablet is more important than the tablet itself; the company doesn’t even offer hardware specifications. 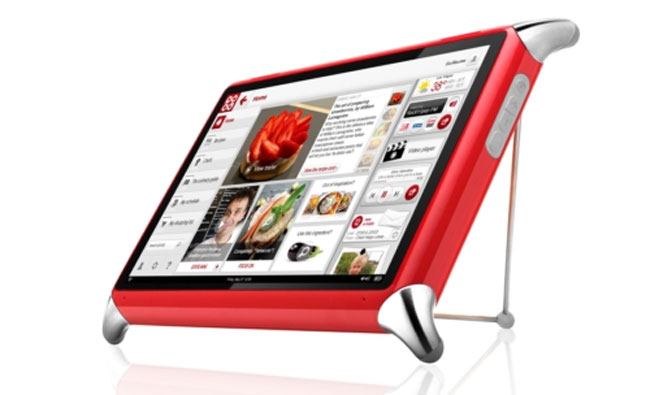 The tablet is designed to be an interactive cookbook for culinary experts and novices alike. It has a catalog of over 4000 exclusive recipes from over 100 of Europe’s most acclaimed chefs. The tablet provides step-by-step interactive guides to creating appetizers, meals, and desserts using real-time HD video.

The tablet has a spill-proof design and non-slip grips to enable it to survive in the kitchen sitting on a countertop around messy ingredients. The company will offer additional recipes available individually or in themed packs. Buyers of the tablet at $399 can also opt for subscriptions monthly at $9.90 or yearly for $99.