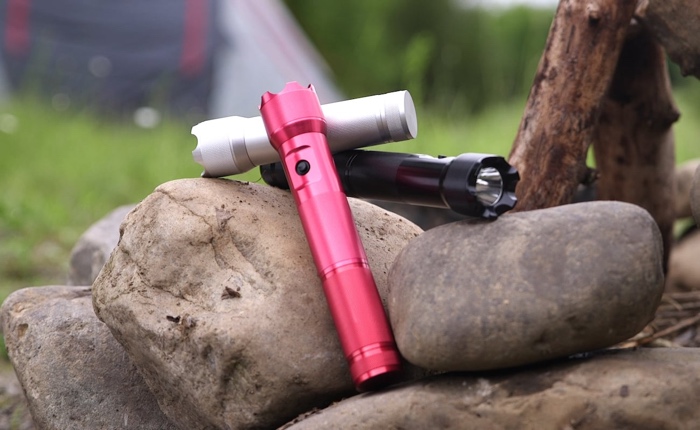 The USB power pack on the Pyyros a 3400m,Ah battery which will give you two full charges of your smartphone or device.This is a really handy feature as it means you do not have to carry an additional battery pack with you to charge your smartphone.

The Pyyros features a personal beacon locator and a six piece screwdriver set. Plus some customized modules that can be used for storing medication, matches or iodine purification tablets.

The personal beacon locator is one of the smallest dual band beacon locators in the world, it is dual band 121.5MHz & 406MHzIt it conforms to the international COSPAS – SARSAT standards. This means that rescue teams can easily locate you in the event of an emergency. 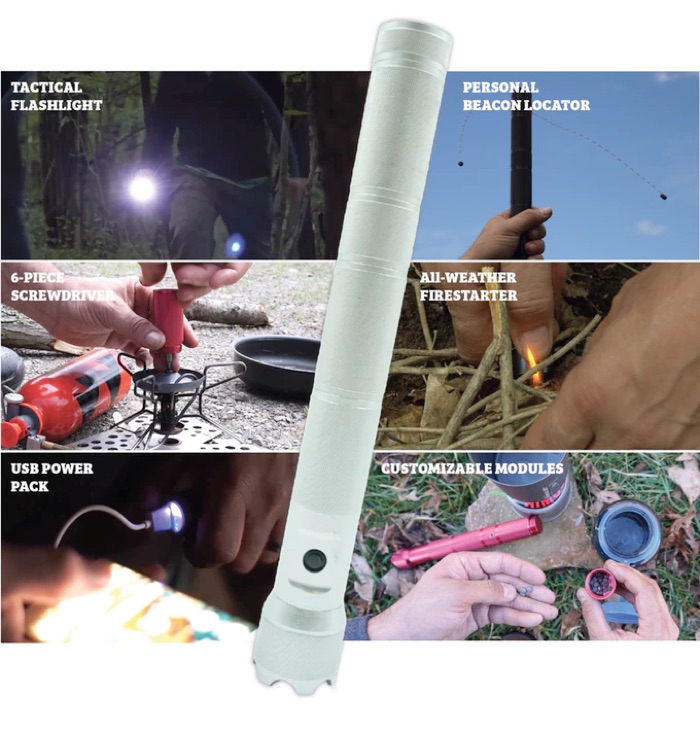 The Pyyros comes with some impressive features and it is available in a range of different sizes, the a base model, a professional model, an aviator model and the top version, the emergency. There are a choice of three different colors to choose from, Aluminum, Jet Black and Red Fire.

What makes the Pyyros great is that it is modular and expandable, there are four different versions in the range and prices for the Base model start at just $49, the Professional version starts at $89, the Aviator model starts at $99 and the top Emergency model costs $459. You can find out more information about the new Pyyros ultimate survival flashlight and multi-tool over at Kickstarter at the link below.