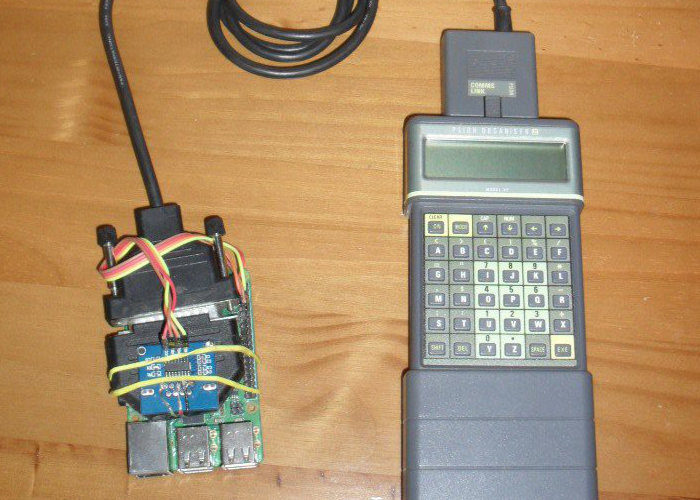 Using the Raspberry Pi mini PC James Fossey has brought a wealth of new features to a 1987 Psion Organiser II including Internet connectivity and more. First launched back in 1986 the Psion Organiser was cutting-edge technology at the time and over 700,000 organisers were sold worldwide with production running until 1994.

The organiser used in this project and connected to a Raspberry Pi mini PC is the Organiser II, an XP model with 32 kilobytes of RAM. Back in 1987 this would have been a flagship product from Psion and would have been priced at £139.50 from high street stores roughly £385 in today’s money.

James explained a little more about the project and the connectivity the Raspberry Pi upgrade has made to the Psion Organiser II.

“Back in the late ’80s, in the days before Bluetooth and WiFi, the only way to move your information between the Organiser and a ‘proper’ PC (which back then would have had a 25-pin serial port) was via a special device called the Psion Comms Link. The Comms Link was essentially a 25-pin serial cable (plus a bit of software) that plugged into the top of the Organiser.

Fast forward 30+ years to 2019 and the brave new 5G world. 25-pin serial ports have long since vanished from PCs. However, it is still possible to buy a small chip (called an RS232/TTL converter) which essentially adds a 9-pin serial port to a Raspberry Pi. A little modification later, and the 9-pin connector can be substituted for a 25-pin alternative. So essentially my Pi now has a 25-pin serial port…

Boring cable-talk over. What this all means is that I can plug the Comms Link cable into the Raspberry Pi as though it’s a 1986 PC. The COMMS software built into the Comms Link includes a terminal emulator, meaning that when everything is wired up I can command a Pi console session using the Organiser’s screen and keyboard. “