Gamers interested in the performance and graphic detailing of Nintendo’s new Wii U gaming console might be interested in this new comparison which shows Darksiders II running on both the PlayStation 3 and Wii U side-by-side.

Vigil Games announced that the Darksiders 2 game would take full advantage power of the Wii U matching the graphical power of Sony’s PS3 and Microsoft’s Xbox 360 console, Eurogamer thought they would but it to the test. 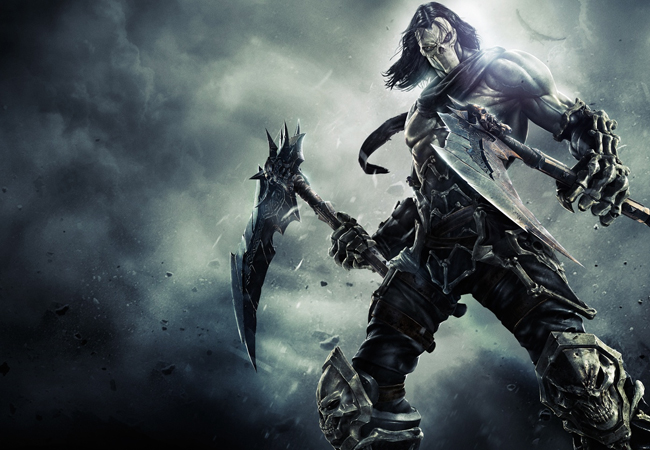 Eurogamer explained in their testing:

“As a plus point, we find that specular highlights appear slightly more prominent on the Wii U on some surfaces where the edge filter fails to blend away texture details. Beyond this there are only a few points of difference between Darksiders 2 on the Wii U and the other consoles; some of these are pretty significant, if only contained to specific areas.”

“Early reports cited missing trees and lighting in the Wii U version of Darksiders 2 and we find that to be the case in the final game too. The light-shafts present on the other formats are replaced by a more simple glow effect, water splash effects are less complex, while trees have been culled from some of the more wide open areas of the game. Lowe- quality texture-work is also visible on the ground in these parts of the world, showing that Vigil Games has had to make a number of compromises to get the game up and running on the Wii U when dealing with expansive scenes. It’s possible that some of these differences – particularly in terms of textures – are attributable to the streaming technology, with higher-quality artwork failing to load in.”

For the full review and comparison of Darksiders II on the Ps3 and new Wii U gaming console jump over to the Eurogamer website.