GeoHot or George Hotz has been pretty quiet since the recent lawsuit against him by Sony ended, and now it seems there may be a reason for this as it would appear he is now working for Facebook.

According to Tech Unwrapped, they found a video which confirms that GeoHot is now working at Facebook, and then Gabe Rivera from Techmeme noticed a status update on GeoHot’s Facebook page which confirms he is working there. 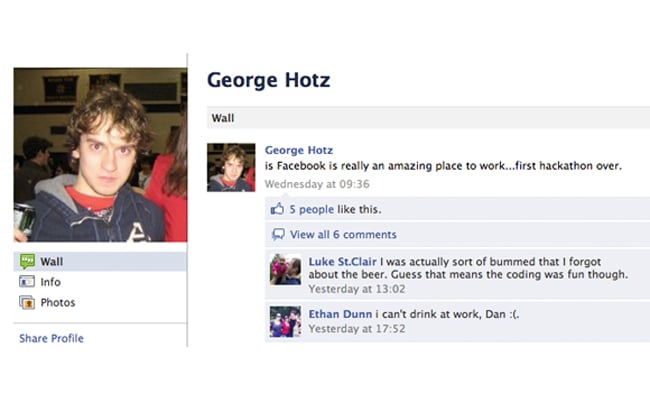 is Facebook is really an amazing place to work…first hackathon over.

So what could GeoHot be doing at Facebook, we recently heard rumors that Facebook are going to be launching a new iPad app and we suspect George Hotz could be working on that.