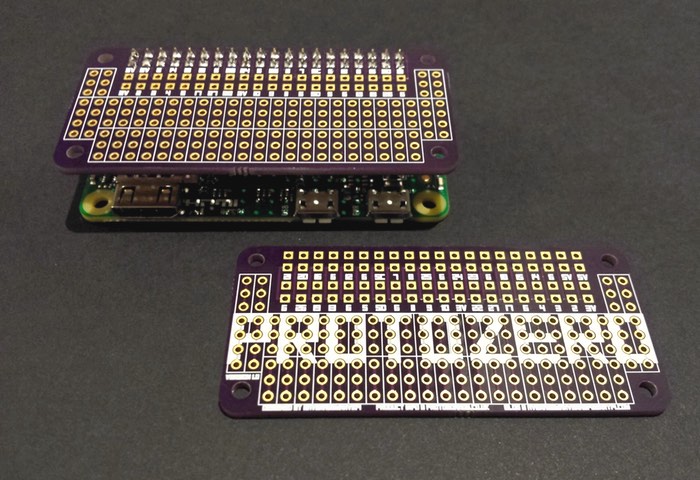 Richard Saville known for his Raspberry Pi accessories such as the ProtoCam the Raspberry Pi camera module prototyping board and ProtoCam+ that built on the technology from the first.

Has this week unveiled a new creation for the new Raspberry Pi Zero mini PC the latest addition to the range of Raspberry Pi computers that was launched in November of their year.

The new Raspberry Pi Zero prototyping board has been created to provide users with a breadboard style prototyping board making it even easier to create projects and features a full breakout of the PiZero’s 40-Pin GPIO header. Check out the video below to learn more about this new addition to the range of Raspberry Pi accessories available.

To recap the Raspberry Pi Zero features a Broadcom BCM2835 application processor, supported by 1GHz ARM11 core which is 40 percent faster than the very first Raspberry Pi which in turn is supported by 512MB of LPDDR2 SDRAM.

For more information on the new Raspberry Pi Zero prototyping board jump over to the Kickstarter website for details via the link below tomato a pledge from just £5. If you found this article interesting you might also be interested in this list of awesome Raspberry Pi Zero projects we have put together.