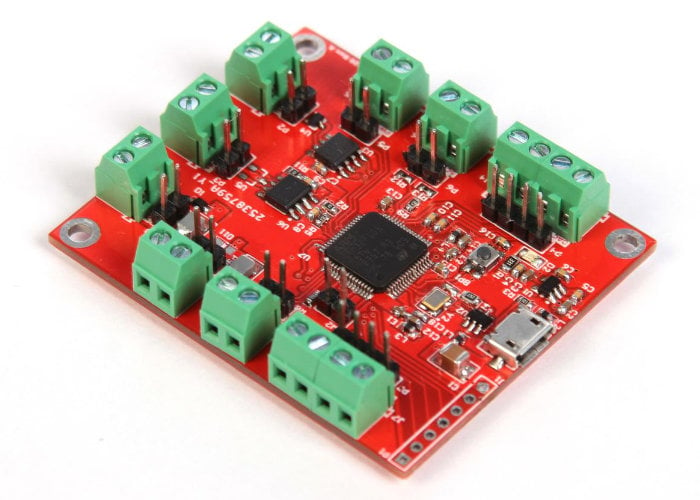 Developers, makers and electronic enthusiasts they would like to be able to easily access or emulate devices using a wide variety of protocols, may be interested in the Protocol Droid created by developer Yesil Otomasyon. Protocol Droid communicates with the host over USB and with other devices using I²C, CAN Bus, RS485, UART, or SPI. “Or all five at the same time!

“Protocol Droid is an interface adapter board designed to help embedded-software developers and enthusiasts test and improve their projects—particularly in situations where they do not yet have appropriate hardware with which to do so. “

“It can be used to transfer data, in either direction, between a host computer and a wide variety of attached devices: when Protocol Droid receives a message from an attached device, it is transferred to the host; when it receives a message from the host, it is forwarded along to the selected device. And there’s no need for you have a deep understanding of the protocols involved, as the board itself does all of the heavy lifting.”

The Protocol Droid software application that allows you to: