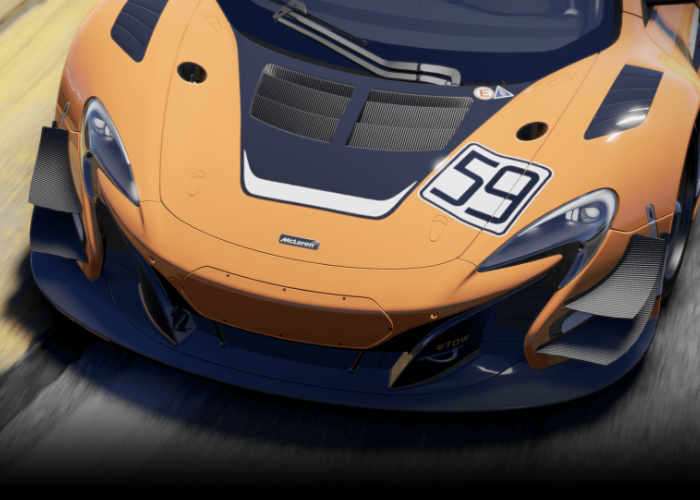 Project CARS 2 has is this week been officially announced and will be launching on Sony’s PlayStation 4, Microsoft’s Xbox One and PC systems sometime late in 2017, Bandai Namco have today revealed.

Check out the new announcement trailer below which has been created to provide a quick glimpse at what you can expect from the next game in the series.

As soon as small information on a confirmed release date, content and more in-depth trailers are released we will keep you up-to-date as always.

– AUTHENTICALLY CRAFTED – Boasting over 170 licensed cars, the largest track roster ever on console, precision handling and physics, and full VR and 12K HDR support, Project CARS 2 is as beautiful as it is state-of-the-art.

– ANYTIME, ANYWHERE – Project CARS 2 features the widest variety of motorsports now including Rallycross and IndyCar. Race without boundaries with any car across varying track surfaces and dynamic environmental conditions, including ice, tarmac, gravel, mud or dirt. Day or night, wet or dry.

– THE HEAT OF COMPETITION – Discover your ultimate driver journey across the full spectrum of motorsports. Test your skills online against the most intense of competition with new Online Championships mode and intelligent matchmaking.

Project CARS 2 is the next evolution in the award-winning racing series, featuring the most iconic cars under the most thrilling of conditions to deliver the “Ultimate Driver Journey” experience and adrenaline rush.

Created by gamers, tested by world-class racing drivers, and the definitive choice of e-Sports pros – Project CARS 2 brings together the essence of motorsports racing in the most beautiful, authentically crafted, and technically advanced racing game on the planet.

Project CARS 2 has it all – from GT to touring cars to endurance prototypes and exotic hypercars – delivering the full spectrum of motorsport racing with complete freedom to choose what and where to drive. Anytime. Anywhere.