If you have a few ideas that you would like to put through a 3D printer but the cost of purchasing your own printer has put you off. Then you might be interested in a new 3D Printer kit called the Printrbot that has just started its journey from concept to manufacture over on the Kickstarter website.

Printrbot is available in a number of different versions and is packaged as full kit with everything you need for just $499. Or available for $199 if you are willing to supply your own electronics or even just $75 which for the 3D printer components, allowing you to create everything else. Watch the video after the jump to see it in action. 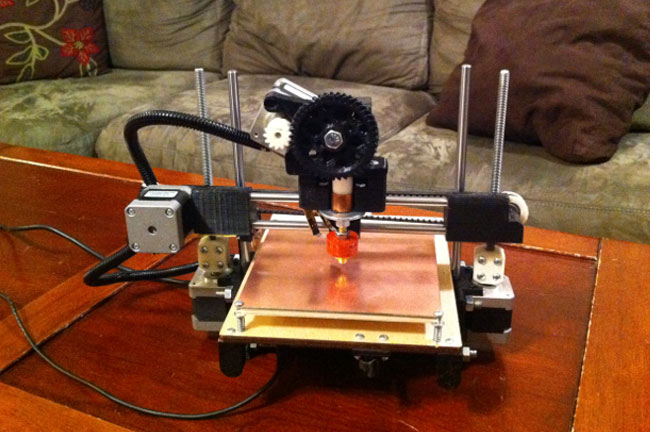 The designer of the Printrbot 3D printer Brook Drumm say its takes about 45 minutes to construct all the parts and you should be able to start printing your very first 3D object in under 2 hours. For more information jump over to the Kickstarter website.