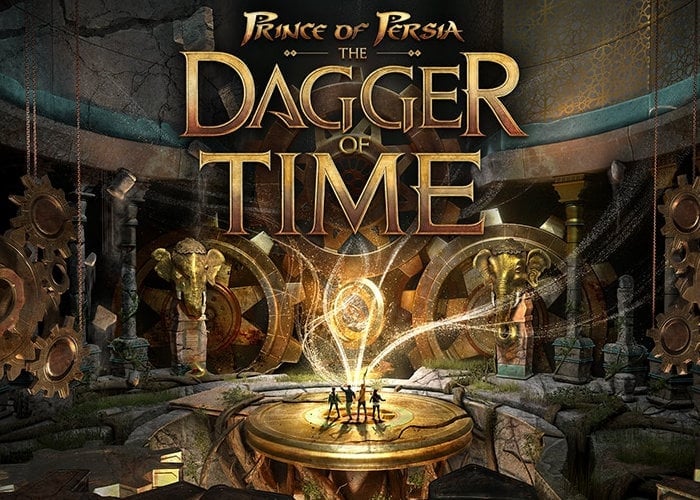 A new trailer has been released by Ubisoft this week providing a glimpse at what you can expect from the escape room style virtual reality arcade experience that will be available in selected venues very shortly. The Dagger of Time takes place in the setting of the Prince of Persia Trilogy (Sands of Time, Warrior Within, The Two Thrones).

Players are summoned to the Fortress of Time by Kaileena to stop an evil Magi. Kaileena restores and gives the Dagger of Time to the players so they can reach the Hourglass Chamber and use it to stop the Magi.

“Prince of Persia: The Dagger Of Time is a VR Escape Game which enables you to control time. In the game, two, three or four players team up to find a way out of a reimagined Fortress of Time. To succeed, they need to work together and solve puzzles. The puzzles will require players to interact with objects in their vicinity, climb, and use certain powers, such as the time control.”

“Our mission is to create outstanding escape games in virtual reality, set in the most popular gaming worlds of Ubisoft. Our escape games are created and optimized for entertainment venues and are exclusively available in selected locations, such as escape rooms, VR arcades and theme parks.Our escape games are mainstream experiences, built around cooperation between players from a wide audience and across all ages. They are larger-than-life adventures that would be far too dangerous or just impossible to live in real life.”