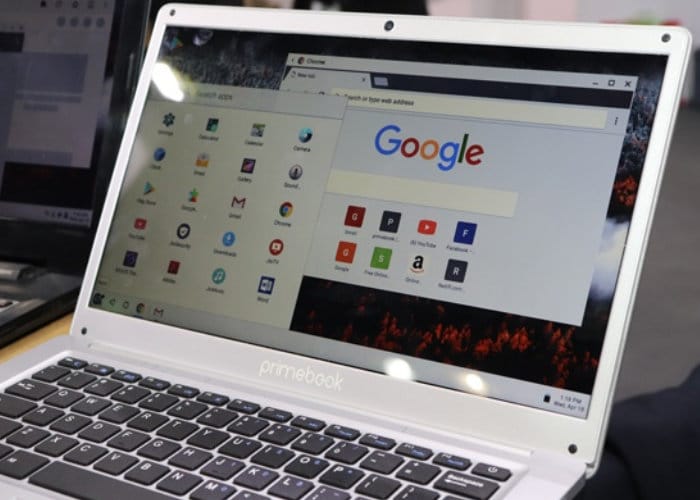 A new laptop called the Primebook fitted with a 13 inch TN display offeringusers a resolution of 1366 x 768 pixels has been unveiled this week, which is shipped pre-installed with the Android based PrimeOS operating system. Watch the quick hands-on video below to learn more about its pictures functionality and unique OS currently based on Android Nougat. Although the developers behind the Primebook are already working on updating the operating system to be based on Google’s Android Oreo code. The current time the operating system supports both x86 and ARM-based processors.

Other features of the Primebook include a Rockchip RK3288 processor supported by 2GB of RAM complete with 64GB of storage, a microSD card slot, an connectivity provided by both Bluetooth and Wi-Fi. The Primebook is fitted with a 10,000 mAh battery, HDMI, a 3.5mm audio jack, together with 2 x USB 3.0 ports.

Similar to other Android laptops PrimeOS offers users an operating system equipped with a taskbar, desktop, start menu-style app launcher. As well as providing support for multi window mode, offering the ability to run applications and games in resizable windows that can be repositioned anywhere on the screen.