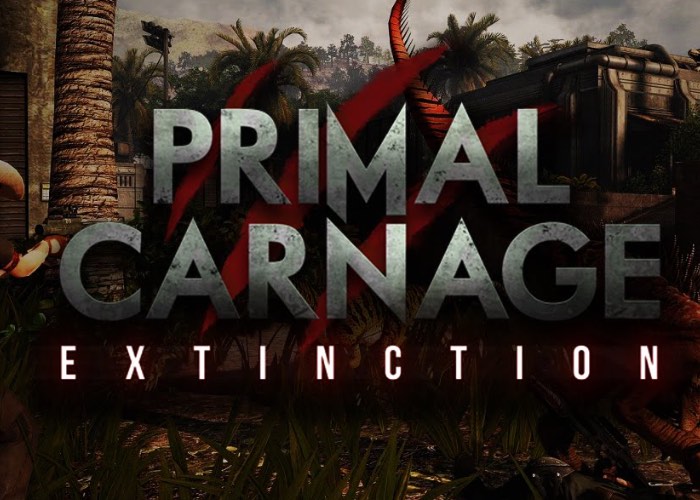 Circle Five Studios has this week announced that Primal Carnage Extinction the class-based, online multiplayer video game that features human versus dinosaur combat will be available on Sony’s PlayStation 4 console in Europe, New Zealand and Australasia next Tuesday from November 24th, 2015.

The game originally launched on Steam for PC systems back in April 2015 and was available on PS4 in the US last month from October 20th. Check out the launch trailer for the game below to whet your appetite and learn more about what you can expect to enjoy.

Within Primal Carnage Extinction Dinosaurs available to play include Tyrannosaurus Rex, Carnotaurus, Pteranodon, Novaraptor and Dilophosaurus. While human hunters include The Scientist, The Commando, The Pathfinder, The Trapper and The Pyro.

The game is no-frills, jump-in-and-have-fun PS4 multiplayer mayhem with up to 16 players in player-hosted online and offline (single-screen LAN) modes. It makes great use of DualShock 4 and even has a custom control scheme for PS Vita Remote Play.

– Team Deathmatch — (un)Traditional dino-versus-human team-based multiplayer in unique battle arenas.
– Get to the Chopper — Control key parts of the map in this objective-based game mode, ultimately unlocking the escape helicopter and the Tyrant dinosaur that will try to stop it.
– Survival — Play solo or co-op through wave after wave of AI dinos.
– Free Roam — For those who want to strut their dino-might without the pressure of timers or kill counts.