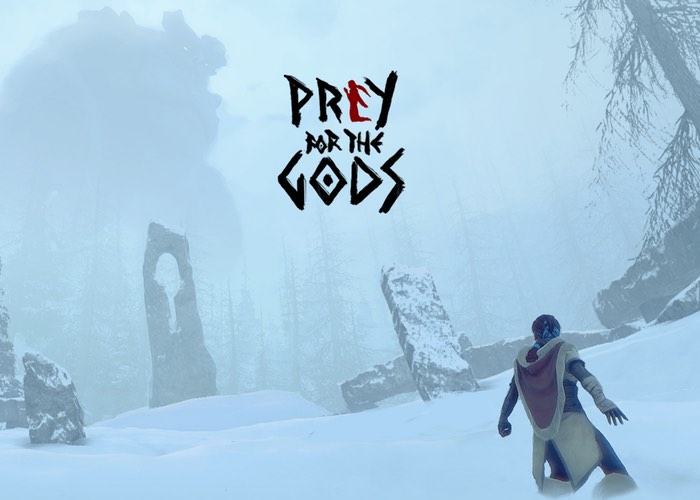 A new official reveal trailer has been released this week for the upcoming PC and Mac game Prey for the Gods, providing a quick introduction to the game and what you can expect to encounter in the way of massive monsters.

Developers No Matter are still currently in the process of developing the Prey for the Gods game, although no release date has been announced as yet by the development team.

Prey for the Gods is a brutal journey set on a desolate frozen island, where your only chance of survival is to destroy the very gods you believe in.

In Prey for the Gods, you play a lone hero sent to the edge of a dying world to discover the mystery behind a never-ending winter. Arriving with only the clothes on your back, you must survive the colossal dangers that you encounter. To restore balance and reclaim the land from the brink, you will be faced with questions that not even a God knows the answer to.

As soon as more information is announced or released regards the new Prey for the Gods game that will be launching on both Mac and PC systems we will keep you updated as always.