Press is a very popular RSS reader of Android devices, which works with all the popular feed syncing services including Feedly, Feed Wrangler, Feedbin and Fever. Recently, the developer behind Press for Android pushed a huge update that brings many new features to the application, including a dark theme, one-tap saving to offline reading services (Pocket and Instapaper), new gestures support in articles, font scaling and more. The application also introduces a new ‘Immersive Mode’ for viewing articles on KitKat powered devices. 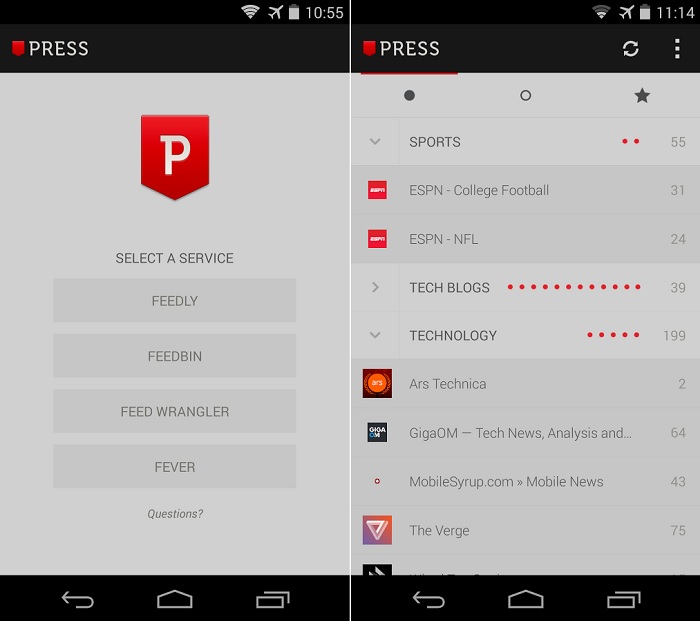 The update brings a lot of gestures, allowing users to mark articles as read, starred by swiping on them, or access quick actions. The folks at TwentyFive Squares also posted short videos, showing how the gestures work, along with the dark theme. The videos can be viewed at the source link below.

It’s a huge update, with lots of goodies:

Head over to the Google Play Store and download Press Reader for Android. The application costs $2.99 and is worth it if you prefer to read RSS on your Android device.