PowerSkin has unveiled a new external battery that will charge the iPhone and is available in a version that will charge other devices using micro USB ports. The case is called the PoP’n and it has a number of suction cups on the back allowing it to stick to the backside of your device. There are two versions of the case available. 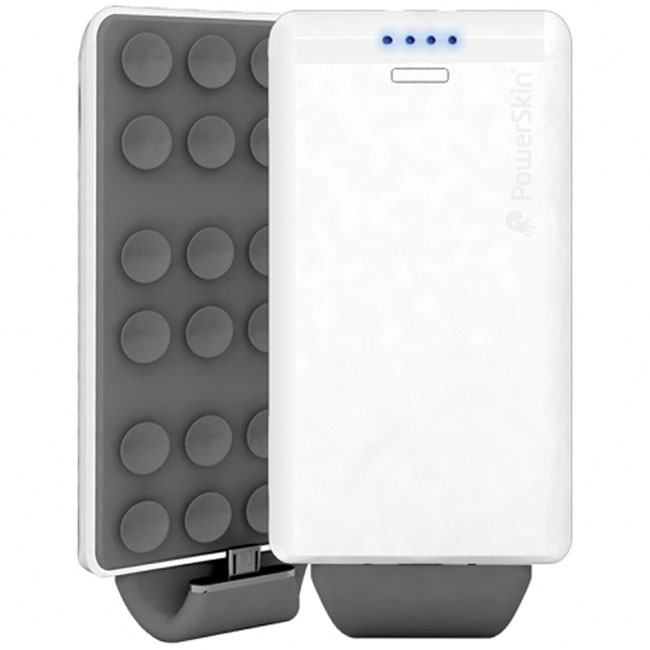 The case is 10 mm thick and measures 5 x 2.2 x 0.41-inches. Inside the suction cup case is a 2000 mAh battery promising 70% more talk time and 70% more standby time. The case is offered in black or white colors right now with red and pink versions promised at a later date.