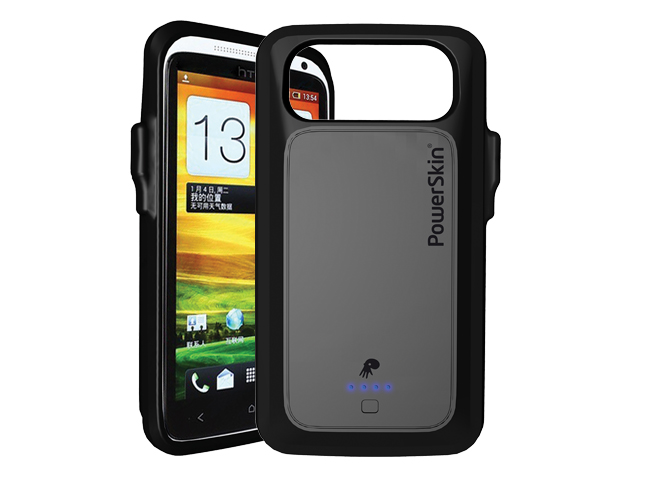 “A one-piece silicone, soft-touch case slides and wraps effortlessly around your mobile device, while providing tough, shock-proof protection. With the touch of a button, PowerSkin instantly starts charging”

For more information and to order jump over to the PowerSkin website.