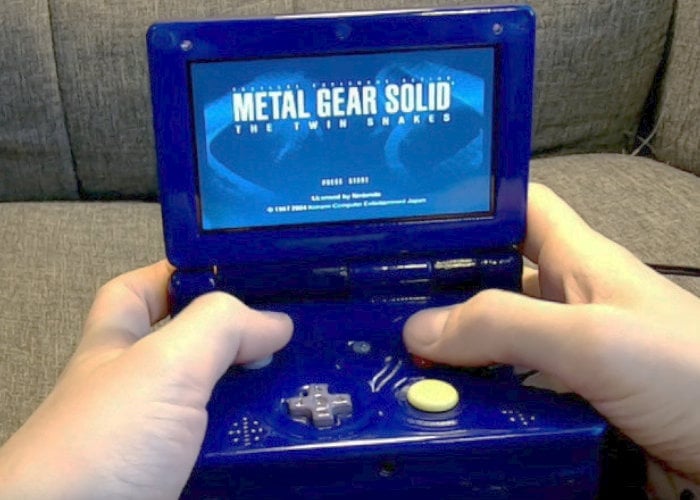 Hacker Bill Paxton has transformed a Nintendo Wii console into a small pocket handheld which crosses Game Boy Advance SP and GameCube into one awesome portable console which will hopefully soon be made available as a kit to be able to build yourself. The small portable Nintendo We can play both GameCube and Wii games and even supports a Wiimote motion controller. Check out the video below to learn more about the portable Wii games console and its design.

To create the awesome handheld the Nintendo Wii motherboard needed to be drastically remodelled and lose any extraneous components or sections. Once trimmed the smaller board was then combined with a new board for the controls and other components such as the audio amplifier and USB port.

The system also includes a rechargeable battery which has been squeezed into the lower section and finally a 3D printed case which has also been finished with a lovely gloss paint to provide a professional finish. If any more details are released regards kits or the ability to purchase components we will keep you up to speed as always but for now jump over to the Bit Built forum for more details on the build.