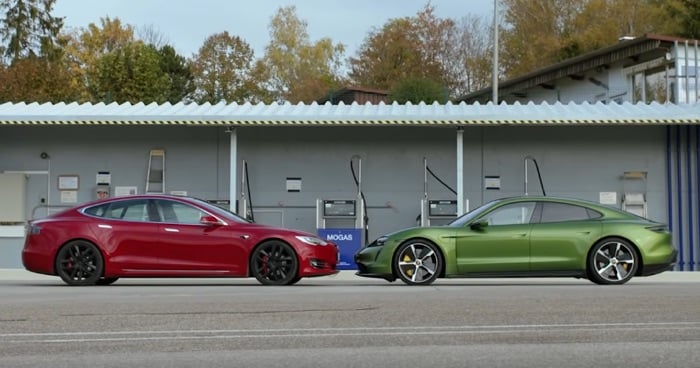 Top Gear have put together a video of the new Porsche Taycan Turbo S vs Tesla Model S and we get to find out which of the two cars is the fastest in a drag race.

The Porsche Taycan Turbo S comes with 750 horsepower and the Tesla Model S Performance comes with 754 horsepower, lets find out which is the fastest.