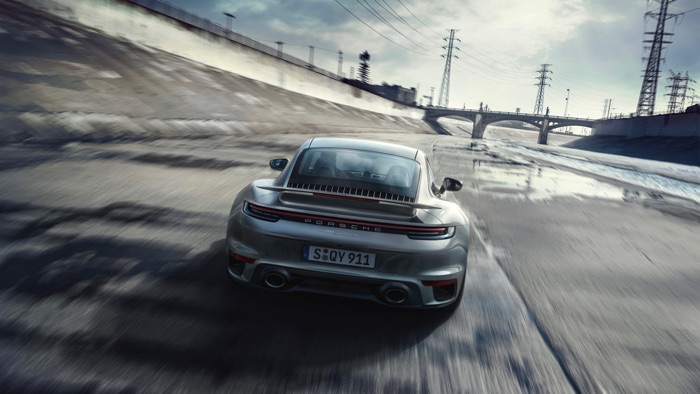 Porsche have released another video of their new 911 Turbo S and the latest one shows off the cars Active Aerodynamics.

The new 911 Turbo S is Porsche’s fastest 911 Turbo to date, the car comes with soe impressive performance, this includes a top speed of 205 miles per hour and a 0 to 62 miles per hour time of just 2.7 seconds.

As with the predecessor models, the new 911 Turbo models are equipped with variable aerodynamics. With the newly developed and multi-stage adjustable variable front spoiler lip and extendable wing element, the system not only offers aerodynamic advantages that Porsche Active Aerodynamics improve driving stability, efficiency and driving performance.