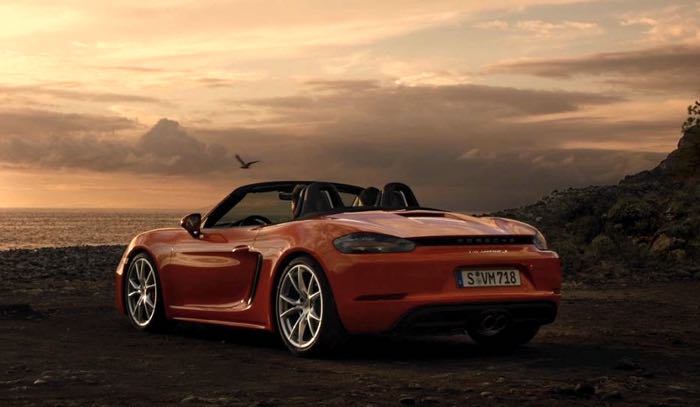 The new Porsche 718 Boxster was made official last week, when the car was announced Porsche released a couple of videos of their new Boxster and now they have released another one.

The latest video is called ‘Sunset Again’ and we get to hear the new engine and also see the new Porsche 718 Boxster S in action, have a look at the video below.

The new 718 Boxster is a change from Porsche’s naturally aspirated engines, instead the car comes with smaller 2.0 and 2.5 litre engines that are turbocharged.

Both cars come with improved emissions over the previous model and they also come with more power and improved performance.

The above performance figures are based on both models being fitted with Porsche’s PDK transmission and their Sport Chrono package.

They will also be available with the choice of a six speed manual transmission, prices with start at €53,646 for the standard Boxster and €66,141 for the Boxster S, both models will launch in Europe on the 30th of April.