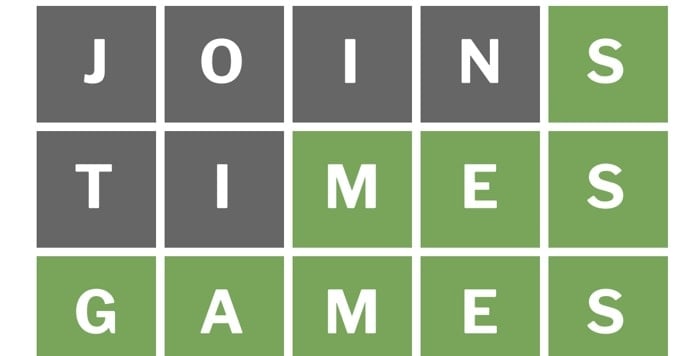 The New York Times has announced that it has purchased the popular Wordle game, they did not reveal exactly how much they paid for the game. The acquisition is reported to have cost the New York Times in the low seven figures.

Wordle launched last October and it has become very popular in the last few weeks and now has millions of players.

As The Times looks to entertain more solvers with puzzles every day — especially during these anxious times — we’re thrilled to announce that we’ve acquired Wordle, the stimulating and wildly popular daily word game that has become a cultural phenomenon. Wordle, which gives players six tries to guess a five-letter mystery word, will join New York Times Games’s portfolio of original, engaging puzzle games that delight and challenge solvers every day.

The Times remains focused on becoming the essential subscription for every English-speaking person seeking to understand and engage with the world. New York Times Games are a key part of that strategy. Our games already provide original, high-quality content and experiences every single day. Wordle will now play a part in that daily experience, giving millions more people around the world another reason to turn to The Times to meet

It is not clear as yet how long the New York Times will offer the game for free, you can find out more details over at their website at the link below.