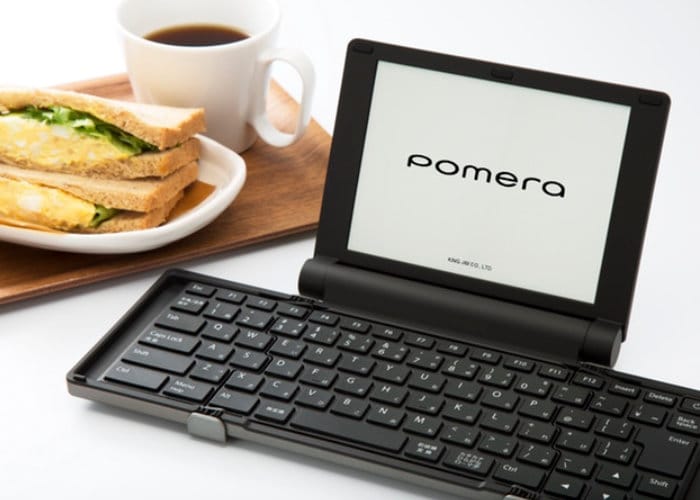 A Japanese design team have created a new pocket typewriter design specifically for text creation that comes complete with 6-inch electronic paper display takes the form of the Pomera. The compact writing system offers a pocket-sized solution for keeping you focused on your writing projects and includes a foldable keyboard and powers up immediately after being turned on and thanks to its low-power electronic paper display offers hours of use from a single charge. Watch the demonstration video below to learn more about the Pomera which is now available to back via Kickstarter. 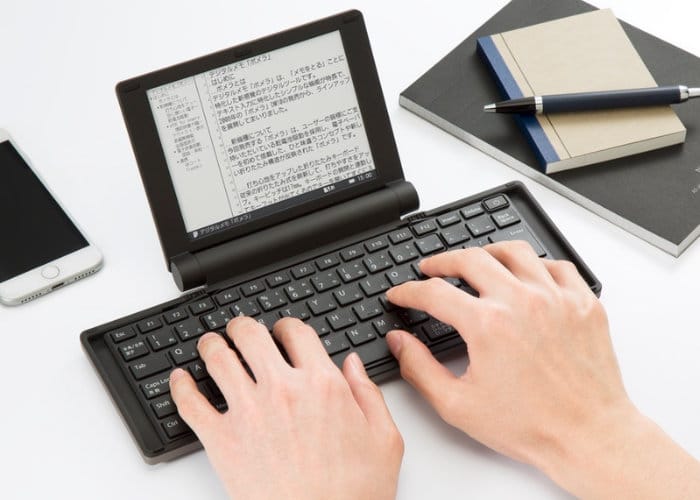 The Keyboard takes the form of a tri-fold design that offers “generously sized” keys offering a horizontal pitch of 17 mm and a vertical pitch of 15.5 mm. “This mobile device is called pomera, dedicated to entering text. Its compact body houses a foldable keyboard, which is as large and convenient as that of a laptop. pomera starts immediately after being turned on and continues to run on batteries for many hours. It is useful on the go, in a meeting and other settings.”

“With the first model having been released in Japan in 2008, pomera will celebrate its 10th anniversary in 2018. In 2008, people who were using laptops on the go or on business trips were unhappy about the heavy weight, large size, slow startup and short battery life. They would carry heavy laptops just to take notes. During meetings, they would surf websites, becoming distracted from work. We wanted an easy-to-use tool just for entering text, which led us to develop pomera. Now it is used taking notes as well as for writing, such as novels. We have launched pomera on Kickstarter, because we want this unique tool to be used by people in the U.S. and Japan.”

For more details and full specifications as well as a full list of all available pledges jump over to the official Kickstarter crowdfunding campaign page by following the link below.