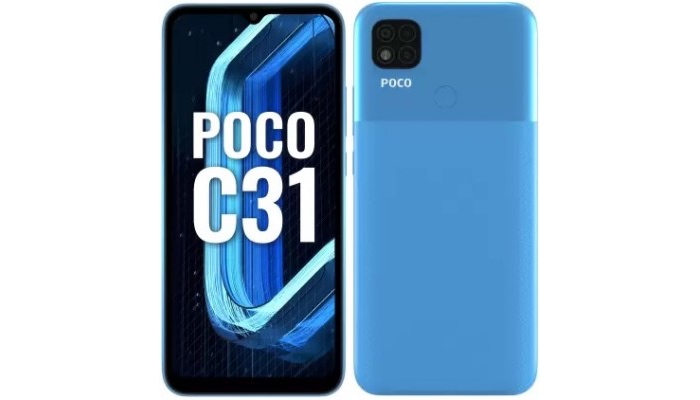 Poco has launched a new Android smartphone, the Poco C31 and the device comes with a Helio G35 mobile processor.

The Poco C31 comes with 3GB or 4GB of RAM and 32GB or 64GB of storage, if you need some extra storage it also comes with a microSD card slot which will take up to a 512GB card.

The handset is equipped with a 6.53 inch display that comes with a HD+ resolution and a 20:9 aspect ratio.

The device features a 5000 mAh battery which will give you up to two days of battery life, and it features a range of cameras. There is a single camera on the front and triple cameras on the back.

The new Poco C31  smartphone will be available in a choice of three colors, Royal Blue and Shadow Grey it will go on sale in India on the 2nd of October.