PocketBook has announced this week that they will be launching a new edition to their range of eReaders in June 2013, in the form of an 8 inch device which will, be equipped with a 800 x 600 resolution screen capable of displaying 4096 colours.

The PocketBook eReader will also be equipped with a front lit screen and a capacitive touchscreen, together with Wi-Fi connectivity. However exact specifications for the new device are still being kept under wraps by PocketBook at the current time. 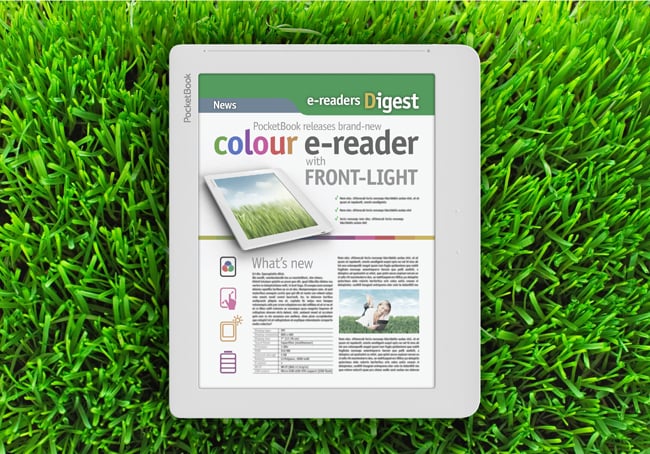 PocketBookm explains a little more about the Frontlit technology inlcuded in the eReader:

“Special sensory area upon a display – the first time implemented in such type of devices innovation –needs to be stressed upon. This area responds to touch, which lets you control the frontlight without rummaging in menus. Thus, all night reading fans will now be able to control the intensity of light just softly touching product’s frame.”

Unfortunately no information on pricing or worldwide availability has been released as yet by PocketBook, but as soon as information comes to light we will keep you updated as always. 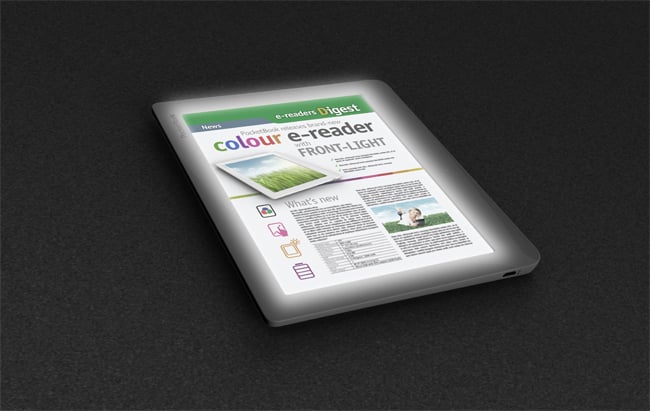