PocketBook has today announced details of their new A7 tablet which is equipped with a 7″ capacitive touchscreen with a resolution of 1024 x 600. The new Pocketbook A7 Android Tablet is powered by a 1GHz Texas Instruments TI3621 CPU with 2GB Flash storage and supports Wifi connectivity.

Running Android Gingerbread the A7 is a smaller version of the PocketBook A10 tablet we featured back in September last year. With full Android Market support you can install your very own selection of applications, at its equipped with a 2 megapixel front facing camera. 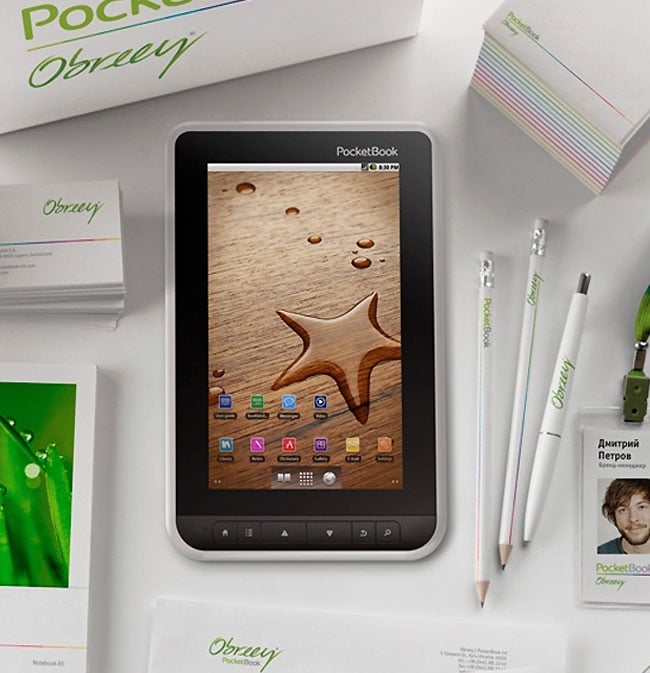 The A7 tablet is also fitted with a microSD card slot, g-sensor, headphone socket and a speaker, and ships with its own reading application designed to support Epub, PDF, FB2, txt, DJVU, RTF, HTML, doc, and docx. As well as supporting MP3, WAV, AVI, MKV, and MP4 media files.