This week at the IFA PocketBook announced the launch of its new Pocketbook A10 Android tablet equipped with a capacitive multitouch TFT LCD 10.1 inch screen sporting a resolution of 1024 x 768.

The Pocketbook A10 is powered by a Texas Instruments 1GHz TI OMAP 3621 single-core processor, supported by 512MB RAM and 4GB of internal memory for your applications and files. However the memory can be increased with the use of SD cards to a maximum of 64GB. Watch the video after the jump to see a demo of the Pocketbook A10 at the IFA. 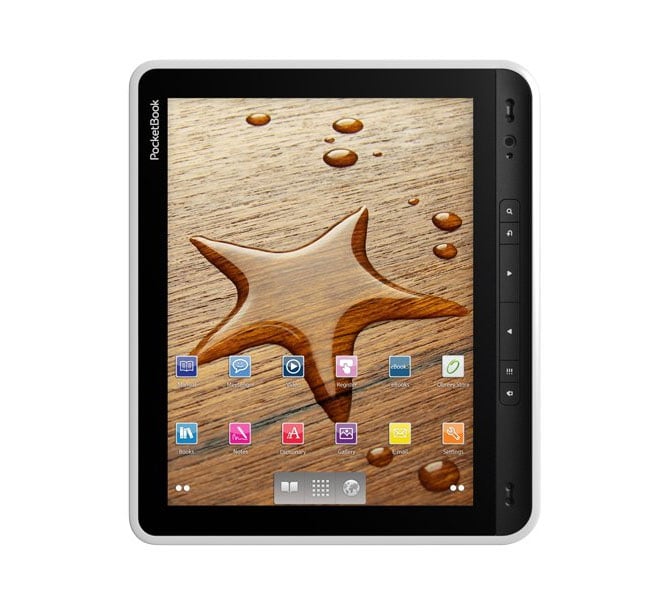 On the front it has a 2 megapixel camera and its equipped with Wifi and 3G as an optional extra and will arrive running Android v2.3 Gingerbread. The Pocketbook A10 will be landing in stores early November 2011 for around $299.