The developers of the awesome Pocket application for iOs have this week announced that a new uodate has been rolled out taking the handy application to Pocket 4.3 for iOS. 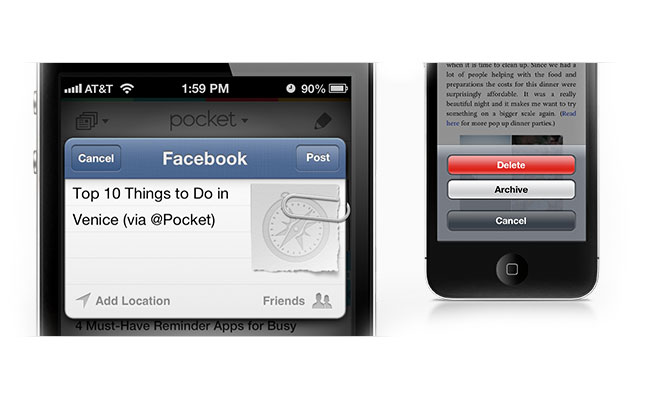 In this update Pocket has increased font size for reading in the Article View, and a shortcut to delete items after you’re finished with an article or video.

Together with obligatory performance tweaks and bug fixes which have tackled issues such as, sharing certain articles to Evernote no longer displays an error, saving to Evernote while offline no longer causes a crash, and  Tweet attribution will now appear while using Pocket offline. For more information on the new Pocket 4.3 update jump over to the Pocket website for details.