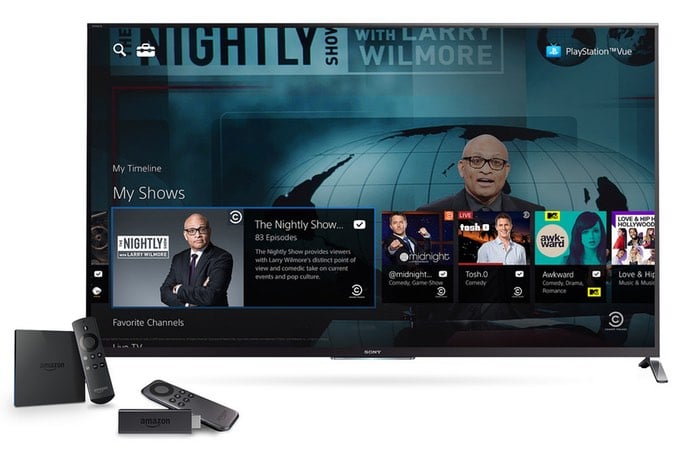 As from today you will no longer require a PlayStation console to be able to view Sony’s PlayStation Vue media channel, as it has been announced that the service is now available via Amazon’s Fire TV and Fire TV stick.

In total PlayStation Vue will be available to view on a total of seven different platforms that will include PS4, PS3, Amazon Fire TV and Fire TV Stick, iPhone and iPad, with Chromecast coming soon.

Sony has also announced a reduction in the package prices of Vue and now sells the PlayStation Vue’s Core and Elite packages for $54.99 and $64.99 respectively, in select markets where Vue is available. Sony also says that if you are a current subscriber the new prices will be shown on your statements in the next billing cycle.