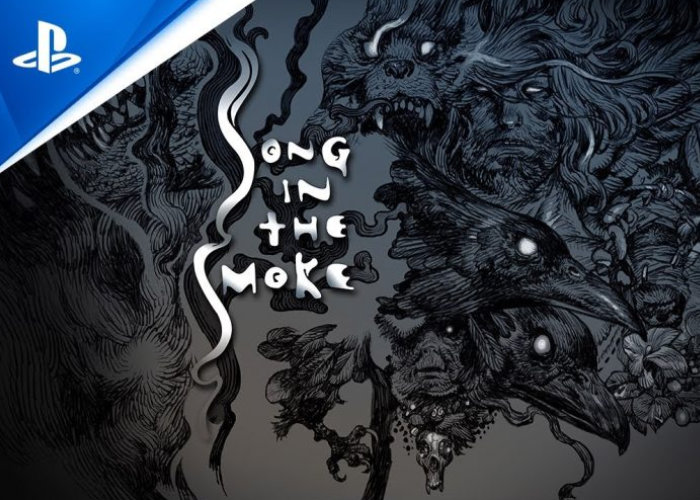 Rich McCormick from 17-BIT has taken to the official PlayStation blog to announce and reveal more details about a new game that will be launching on the PlayStation VR platform later this year. Song in the Smoke as a survival game that allows you to embrace the ” primal wilderness”

“Take survival into your own hands, and stay alive by gathering materials to make tools, weapons, clothing, medicine and shelter. Use your club and bow to fend off strange beasts, battle the elements, and embark on a quest to uncover the secrets of the Song in the Smoke, coming to PS VR in 2021.”

“Song in the Smoke’s world is a beautiful, yet deadly one, but fortunately, it also gives the player a range of options to keep themselves alive for another day. I cycle through them quickly as the monster in the bushes comes closer.

I could craft a stronger weapon. I have a tree branch, and could take my knife to it, carve it down into the perfect shape for a new bow, before stringing it with sinew that I dried yesterday. Or should I break the wood, snapping it in two with a motion of my hands, before burning it for vital warmth, hoping that the flames last all night and keep whatever is stalking me at bay.

Or I could turn the tables by trying to hunt what is hunting me. I can hide from the beast, and then find it by tracking its scent and following its footprints, taking the time to crouch and sharpen my senses in the cover of long grass, before lining up a shot with my bow and loosing an arrow into its heart. “

For more information on the new Song in the Smoke PlayStation VR survival game, jump over to the official PlayStation blog by following the link below. You may be also interested in a new virtual reality dungeon crawl game called Demeo, which is also under development and expected to launch sometime later this year during 2021, a gameplay trailer has also been released this week.