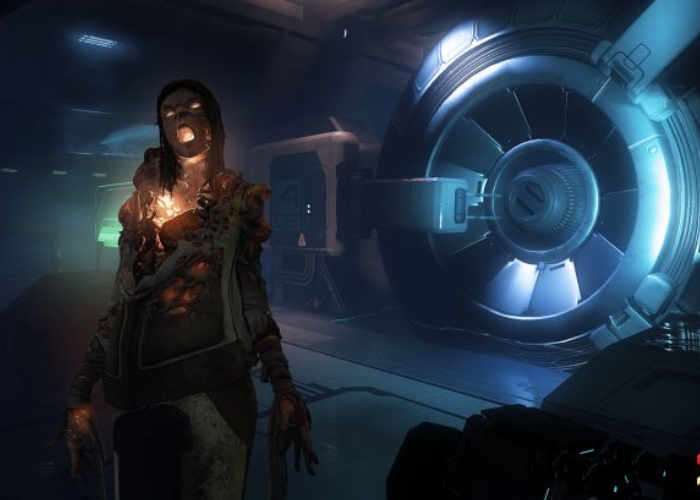 PlayStation VR owners looking for a new scare may be interested in a new stealth horror title which has been specifically designed for virtual reality takes the form of The Persistence.

During which you find yourself on board a research vessel aptly named The Persistence, which has been sent to study a collapsing star but an on-board experiment triggers a catastrophic failure.

The on-board computer then decides to use its AI powers to start recreating the deceased crew members to horrific affect as you can imagine, with plenty of hideous errors in the reconstruction process, transforming them into horrible mutants

Sid Shuman Director from PlayStation Social Media explains a little more about what you can expect from the gameplay.

Playing as a crewmember awoken from cryosleep, you’ll navigate the doomed ship, try to get the engines back online, and escape the ravenous clutches of the nearby black hole.

The ship itself is procedurally generated, so each time you die, you’ll awaken as a new character facing a new ship layout, different threats, and new opportunities. And die you will — death is an integral part of the gameplay loop. As you play, you’ll collect stem cells you’ll use to enhance your character after death. Benefits like increased speed, health, and stealth that will help you stay alive long enough to complete the game.

As for weapons, your trusty sidearm is the Stem Cell Harvester, which syphons precious cells from enemies, with fatal results. The Gravity Bomb drops a miniature black hole to devour nearby mutants, while a Rage Serum injector grants you temporary super-strength for hand-to-hand pummeling. There are more conventional firearms, too, including a pistol that fires dark-energy-infused rounds.