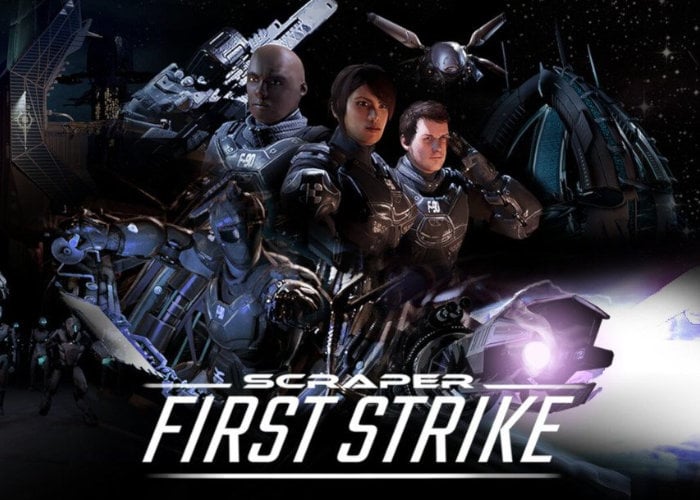 Having previously launched for the Oculus Rift and HTC Vive virtual reality headset, PlayStation VR gamers will soon be able to experience the science fiction adventure Scraper: First Strike. Check out the original launch trailer below to remind yourself of what you can expect from the new virtual reality game which will be available on the PSVR from tomorrow, July 2nd, 2019.

Drawing inspiration from games like Elite Dangerous and Star Wars Galaxies, it became a goal of game studio Labrodex To create a game that can provide players with personalised progression the right effort.

“In Scraper: First Strike, players drive their Modified Hover Pod (MHP) to combat the Humechs, artificial intelligent insurgents. Their MHP can be upgraded part by part to enhance different aspects of its functionality: its thrusters improve the player’s mobility, its shields improve their defensive and regenerative capabilities, and its core improves the MHP’s usage of special abilities.”

“New Austin was more than a refuge from the wastelands of a world ravaged by wars, disasters and disease. It was the perfect city, a SCRAPER megacity, with residential complexes that housed millions, food-production towers that extended above the clouds, and robots that provided for every need.”

For more information on the new PlayStation VR game jump over to the official PlayStation Blog where Victor Matos
Project Manager at Labrodex explains more about the Scraper: First Strike PSVR experience.