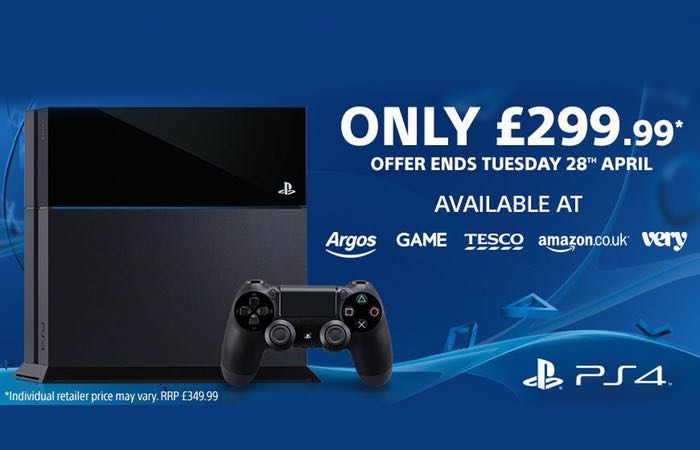 Within the UK Sony has reduced the price of their next generation PlayStation 4 console down to a low price of just £289.99 until April 28th 2015 at GAME retail stores and online.

The new low price also comes with a copy on Minecraft and seems like Sony is having a jab at Microsoft who purchased Minecraft last year and have recently dropped the price of their next generation console the Xbox One down to £299.99.

The Sony PS4 is also available to purchase at other retails store such as Amazon, Tesco, Argos and Very priced at £299.99 also until April 28th 2015.

To re-cap the Sony PlayStation 4 console is equipped with 8-cores of AMD Jaguar processing power supported by 8GB of GDDR5 RAM together with a next generation AMD Radeon graphics card. The PS4 console also includes a 500GB storage drive, together with 2 x USB 3.0 ports, and 1 x AUX port, Wi-Fi, Bluetooth 2.1+EDR, and HDMI port.

The PlayStation 4 specs for the camera which is sold separately include a maximum resolution of 1280 x 800 together with (x2) pixel capture at 60fps. In the box the PlayStation 4 system will include 1 x Wireless controller (DualShock 4), 1 x Mono headset, 1 x AC power cord, 1 x HDMI cable and 1 x USB cable.