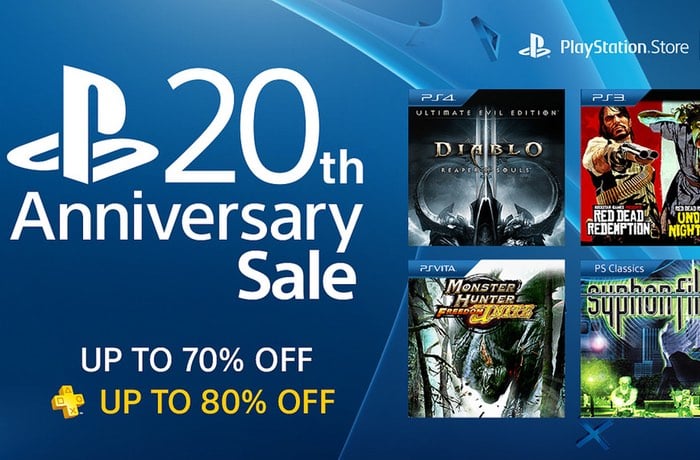 To mark the celebration of 20 years since the original PlayStation launched in North America, Sony is having a PlayStation 20th Anniversary Sale today that is offering gamers up to 70% off over 100 games for PlayStation systems.

PlayStation members are also able to save an extra 10% off, providing up to 80% discount off some of the titles within the sale.

Chieh Chen Digital Distribution Manager at Sony Network Entertainment has published details of all the titles that will be included in the sale providing you with savings from today until September 14th 2015 when the 20th Anniversary Sale ends.

For a full list of all the games that include Diablo III: Reaper Of Souls – Ultimate Evil Edition for $34.79, Call Of Duty: Advanced Warfare – Digital Pro Edition for $68.99 and Final Fantasy XIV: A Realm Reborn Collectors Edition for $32 to name a few, jump over to the PlayStation Blog via the link below.