We have featured a few different Angry Bird cakes here on Geeky Gadgets but never one that could actually be played. The playable Angry Bird cake was created for a lucky 6 year old birthday boy by his Dad.

Using a catapult down one end of the cake you can fire iced edible birds at the pigs and chocolate towers. Watch the video after the jump to see the gaming Angry Bird cake in action. 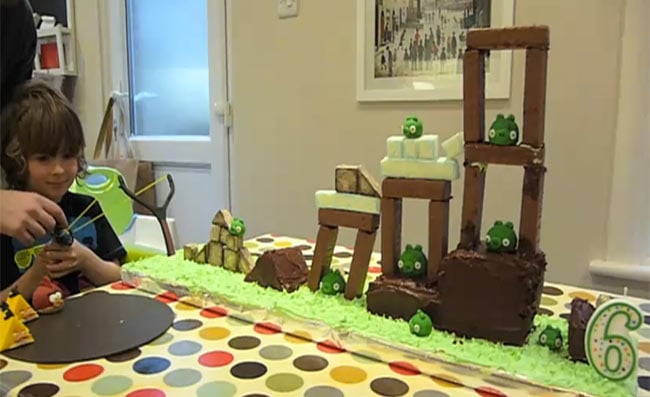 The Angry Birds game inspired cake took around ten hours to create and build and then was rapidly destroyed in around 2 minutes.. good going!

Via Mashable Via Electric Pig