Plastiki a boat built using plastic drinking bottles for its main floatation has successfully crossed the Pacific arriving on Monday in Sydney Australia, after completing the 11,000 mile crossing.

12,000 soft-drink bottles were using in the construction for the buoyancy of the 60ft Plastiki boat, which set sail from Sausalito, Calif., just north of the Golden Gate Bridge, on March 20th 2010. 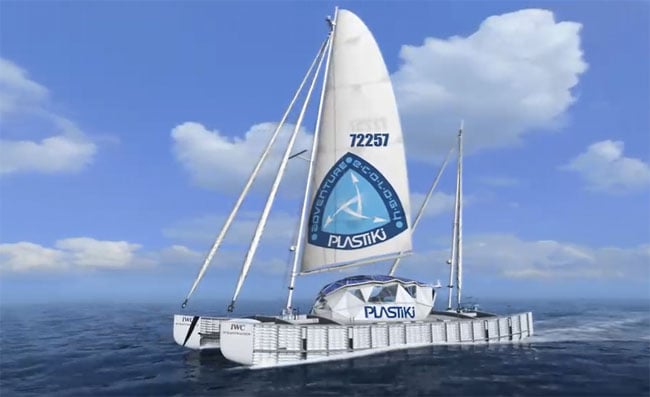 On their voyage the Plastiki crew using an array of green gadgets including: flexible solar panels, two wind turbines, and a trailing turbine generation and propulsion system, together with vacuum water evaporator for desalination and a urine-to-water recovery system.

One of the inspirations for the trip was the famous Kon-Tiki expedition, Thor Heyerdahl’s 1947 trip across the Pacific in a boat that was a reproduction of an Inca raft. Among the Plastiki’s six crew members was Olav Heyerdahl, Thor’s grandson.

Via Cnet Via Plastiki