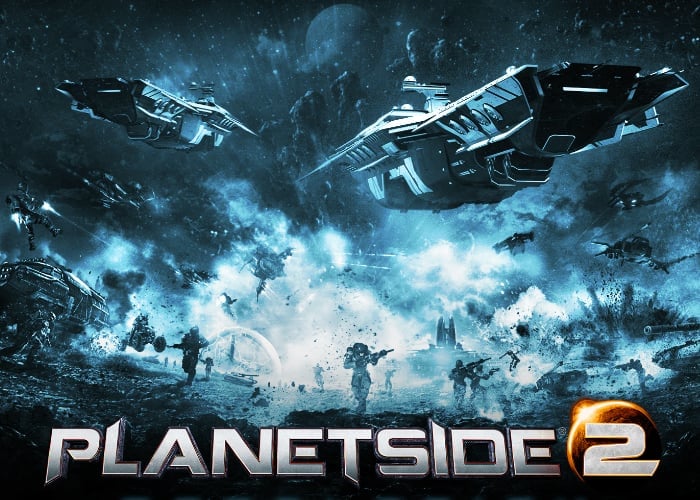 Planetside 2 has seen a huge resurgence in its player base since the addition of a wealth of new content, game mechanics and competitive outfit games. Following on from the successful first Outfit Wars, the second Planetside 2 Outfits Wars final take place this weekend Saturday, May 16th 2020. For a complete timetable of all matches taking place this Saturday May 16th 2020 in Asia, U.S. and Europe jump over to the official Planetside 2 website.

Outfit Wars matches are epic 48 v 48 v 48 player contests between all three factions on Desolation, an “asteroid belt harboring ancient Vanu relics located deep in space”. Each match begins with a 20-minute deployment period for Outfits to get organized beneath a protective shield near their command center. After deployment ends, a 90-minute alert kicks in to determine the fate of each match.

“As the best Outfits across Auraxis (in all 5 server regions!) gear up for a momentous series of 144-player matches. Nothing less than offplanet supremacy hangs in the balance… The Alpha 2 cycle of Outfit Wars saw some major changes to qualification, and we’re continuing to gather community feedback as we iterate and balance for future cycles. But now it’s time to turn our attention to the asteroid as the top competitors ready for battle! “

“The Alpha 2 cycle of Outfit Wars saw over 170 Outfits enlist for qualification, and each one of our finalists earned their way into these finals. Congratulations, soldiers, your deeds will be forever celebrated by your Empire!

This Saturday, each server will feature 3 Outfit Wars matches (Gold, Silver, and Bronze) between the top-3 qualifying Outfits from each Empire. One change this cycle is that match start times have been spaced out 30 minutes apart, so viewers can tune in to action across the competitive tiers. We’ll be hosting coverage from our talented community casters all day on twitch.tv/planetside2, starting on SolTech at 4:00 AM PDT (8:00 PM local server time). “