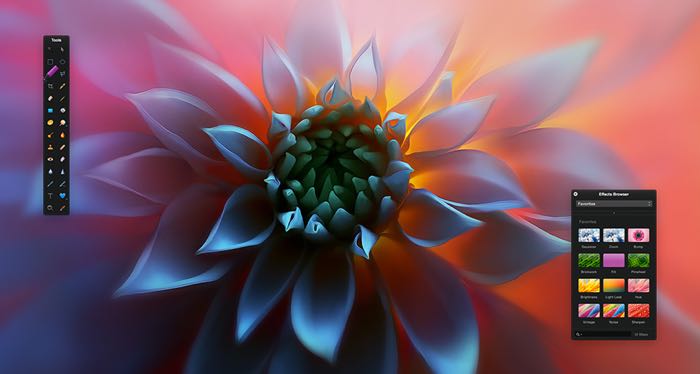 Pixelmator has release a new version of the popular Photoshop alternative for the Mac, in the form of Pixelmator 3.3, and the latest version of the app has been optimized for OS X Yosemite.

Pixelmator 3.3 has had a new design which has been inspired by OS X Yosemite, and it also comes with support for a number of Yosemite features like Continuity and Handoff.

“We are very excited to bring this awesome Pixelmator update with a brand-new look and feel,”said Saulius Dailide of the Pixelmator Team. “With the redesigned interface, full OS X Yosemite and Pixelmator for iPad support, Pixelmator fans can now full enjoy seamless image editing on their Macs and iPads, too.”

Pixelmator 3.3 is available as a free download for existing users of the app from the Mac App Store, the app is available for $29.99., you can find out more information at the link below.