Pixel QI have designed a new range of LCD screens that use a lot less power than existing LCD displays, it also offers the ability to read the screen in  direct sunlight unlike traditional LCD displays which are hard to read.

These new LCD displays have a number of interesting features, including a reflective mode which switches off the screen backlight and changes the colors to gray scale, giving it a look similar to e-ink displays. 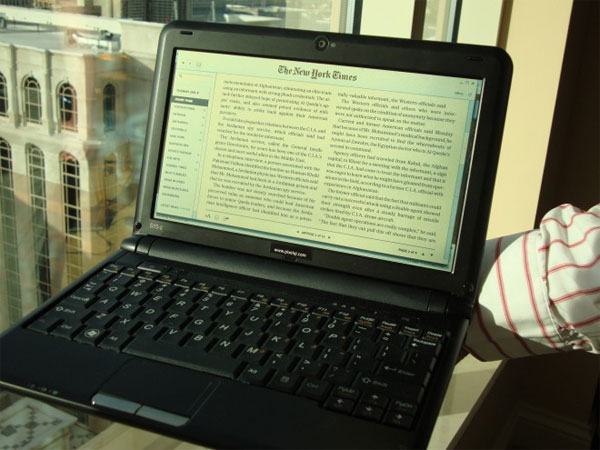 The main benefits of these new screens is increased battery life. Pixel QI are releasing a kit for 10.1 inch netbooks that will let you replace your netbook screen with one of these new displays.

The kit is intended to make it easy to change the screen, with all you having to do is remove six screws, pull off a bezel, remove the old LCD display and replace it with this one.

These new Pixel QI DIY netbook screens will be available in Q2 of 2010, there is no word on pricing as yet.