Pixable the startup company founded by 3 MIT graduates released their first Photofeed Facebook app back  in January 2011 together with a companion iPad app. The apps allows users to use of all their Facebook and image sharing site photo content like captions, tagging information, comments, and birthdays to make albums, slideshows and calendars.

Pixable have now released a new iPhone app under the same name, Photofeed. That aggregates photos from Flickr, Instagram and Facebook, and lets you browse, search and categorise all the photos and put them into groups if needed.

A clever feature of the app allows it to learn which friends’ photos you like, and will then provide more photos to you from those friends or feeds. 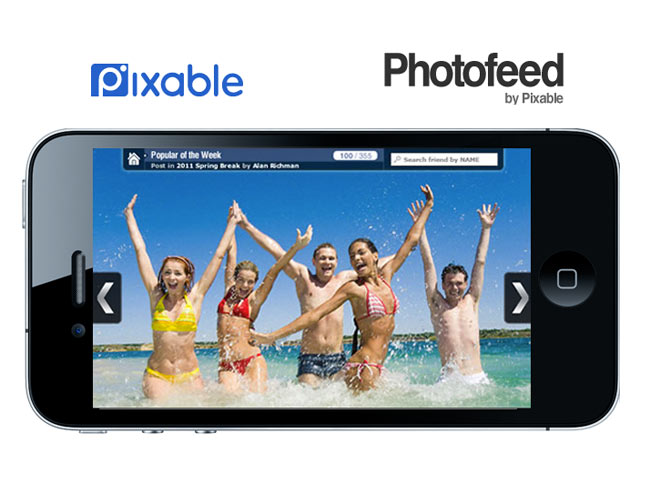 Photofeed for the iPhone requires no new social networks to be built, no location to be set, and no new “friending” to get started. It’s the only photo sharing app that gives users instant access to hundreds of thousands of photos they care about as soon as they log in for the first time.