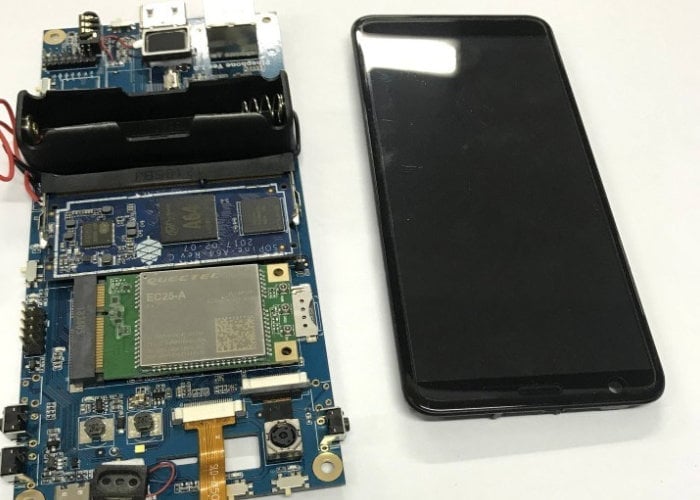 Pine64 has been busy today unveiling their new hardware which will be launching later this year in the form of the Pinebook Pro 2019 Linux laptop expected to be priced around $199 and the PineTab Linux tablet also expected to launch later this year priced at $79.

Adding to the list is the new Pine64 PinePhone Linux smartphone which is expected to sell for around $149. Pine64 We’ll also be making available developer kits in the near future. The super affordable Linux smartphone is currently under development and will be powered by a SOPine module which is currently available to buy separately from the company priced at just $29.

The Linux smartphone will also be powered by an Allwinner A64 ARM Cortex-A53 quad-core processor supported by 2GB of LPDDR3 RAM. Other features of the Linux smartphone include 2 megapixel front facing camera for video calling, together with a 5 megapixel rear facing for video and photographs and the following :

Soon as more details are released confirming availability and pricing we will keep you up to speed as always. In the meantime jump over to the Pine64 for specifications.