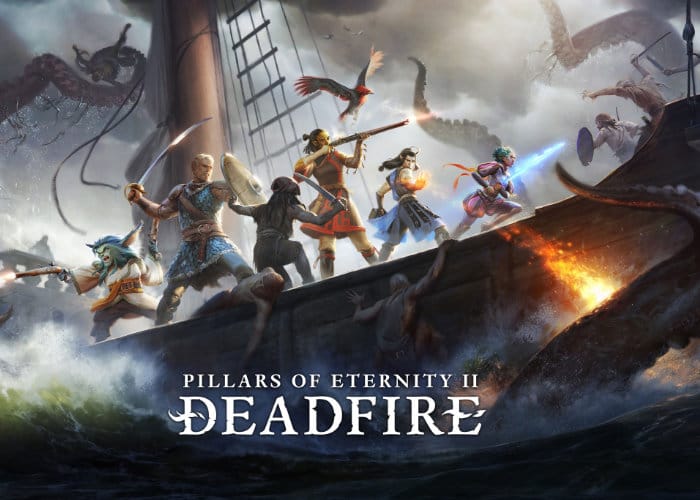 Developers Obsidian Entertainment have today announced the Beast of Winter DLC for the hugely popular Pillars of Eternity 2 game will be available to enjoy from August 2nd, 2018 onwards and will roll out alongside the 2.0 update. Beast Of Winter is the first of three major DLC expansions for the role-playing game and takes players the southernmost reaches of the tropical Deadfire Archipelago, and an island where a doomsday cult resides. Check out the announcement trailer below to whet your appetite new content.

“The Watcher is thought to be the harbinger of the end of all things,” explains Obsidian, “and worshipers of the god of cold and decay, Rymrgand, have called upon the Watcher to fulfill their destiny.”

Although the Beast of Winter expansion is part of the paid season pass content, Obsidian will also be rolling out the new Deck of Many Things story DLC for free together with the Pillars of Eternity 2 – 2.0 update. Obsidian explained more about the three expansions that will be made available for Pillars of Eternity 2 during April 2018.

– The first downloadable-content pack (DLC), “Beast Of Winter” will be available in July 2018, and will take your party to an island populated by a mysterious doomsday cult, that hides an ancient secret. Players will get to experience adventuring in “The Beyond,” a mysterious dimension populated by ancient souls and filled with devilish challenges.

– The second DLC “Seeker, Slayer, Survivor” available in September 2018, is a combat-focused expansion taking place on a previously undiscovered island that will challenge the martial prowess of your party, and your tactical skills as a commander, as you embark on a mission to rediscover ancient relics, and pit your party against Eora’s most skilled and savage.

– The third DLC, “The Forgotten Sanctum” available in November 2018, will test your party’s allegiance and morality in a quest to help (or obstruct) the great wizards of Eora. Will you befriend, betray or befuddle these venerable mystics as you uncover secrets lost to the generations? The consequences of your actions will be felt across the Deadfire Archipelago whatever you decide.