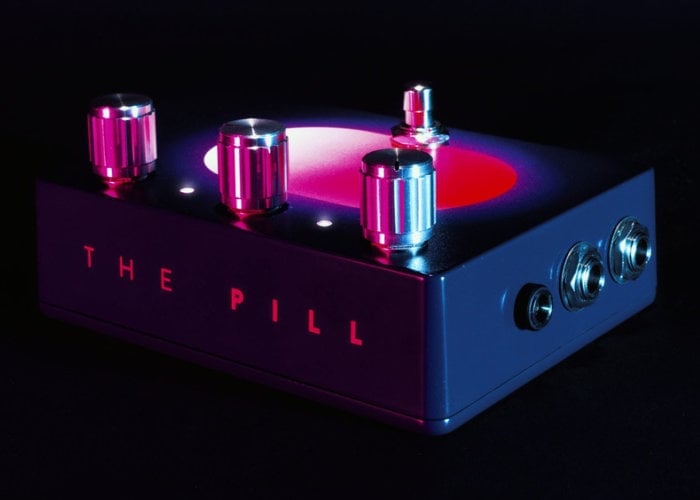 Sound designer, music producer and musician David Koch has created a new effect pedal in the form of the Pill. Created to provide a professional analog ducking effect pedal which “brings a music production effect to the live stage”. Watch the demonstration video below to learn more about the Sidechain Compression Pedal made in Europe.

Launched via Kickstarter this week early bird pledges are available from £198 offering a considerable discount off the recommended retail price of €289. If all goes to plan worldwide shipping is expected to take place sometime around October 2019. Controls on the pedal include :

– Release: Sets the duration of the ducking. From short to long.
– Depth: Sets the ducking volume level. From subtle to complete silence.
– Trigger: Sets the sensibility (gain) of the trigger input. Quickly adjusted to fit the input source.

Features and specs of the Pill analog ducking effect pedal :

For more details on the analog ducking effect pedal and full specifications, jump over to the official Kickstarter Pill campaign page by following the link.