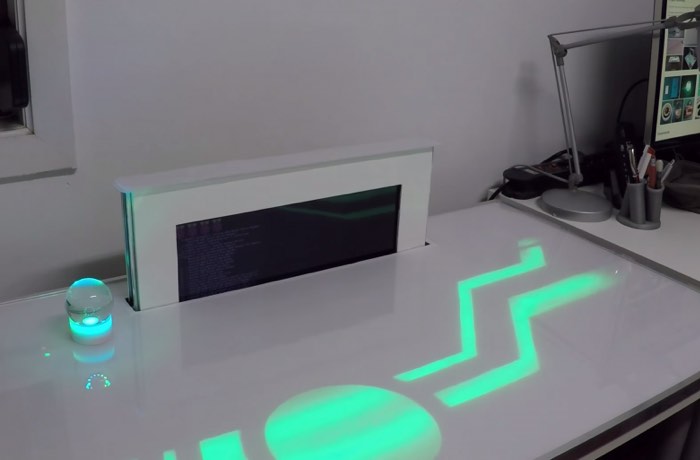 Frederick Vandenbosch has unveiled a new futuristic desktop computer he has built which is literally built inside a desk and is powered by the awesome Raspberry Pi single board mini PC.

As well as a Raspberry Pi the desktop computer incorporates a hidden LCD screen that pops up when required and has been constructed using from an old laptop LCD.
The desk has also been equipped with a variety of different touch sensors and LEDs, watch the video below to see how the desk was constructed and also a demonstration of the pop-up display. The Hackaday website explains :

[Fredrick] used Python to get the major functions of the desk programmed. We couldn’t help but think of all the things you could do with an easily programmable desk surface: show stock quotes (or sports scores), notify about e-mail, or other things. Although it doesn’t look like it would be simple for a simple user to add those things, if you were a handy programmer, they look like they’d be in reach.

More information on the lottery controlled futuristic desk jump over to the official Frederick Vandenbosch for full details.