A range of videos have been released showing PhysX fluid dynamics, as part of a recent paper published by Nvidia employees Miles Macklin and Matthias Muller, called “Position Based Fluids”.

The trailer show case new fluid simulation techniques, using a Position Based Dynamics approach, and the demo were all run in real time on a single GTX 580. Watch the videos after the jump to learn more about the PhysX Fluid Dynamics project and see it in action. 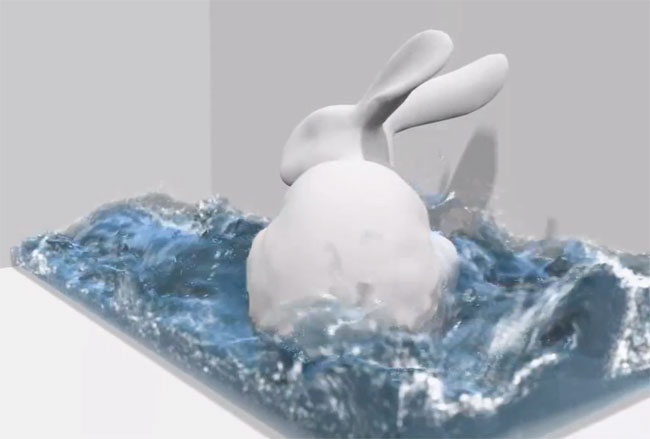 “Position Based Fluids is a way of simulating liquids using Position Based Dynamics (PBD), the same framework that is utilized for cloth and deformables simulation in PhysX SDK.

Because PBD uses an iterative solver, it can maintain incompressibility more efficiently than traditional SPH fluid solvers. It also has an artificial pressure term which improves particle distribution and creates nice surface tension-like effects (note the filaments in the splashes). Finally, vorticity confinement is used to allow the user to inject energy back to the fluid.”

For more information on the new PhysX Fluid Dynamics jump over to the PhysX website for details.