Interphase has this week unveiled a new product called the Penveu, which has been designed to transform any flat surface into an interactive display. It also doesn’t require any drivers or software to be installed. 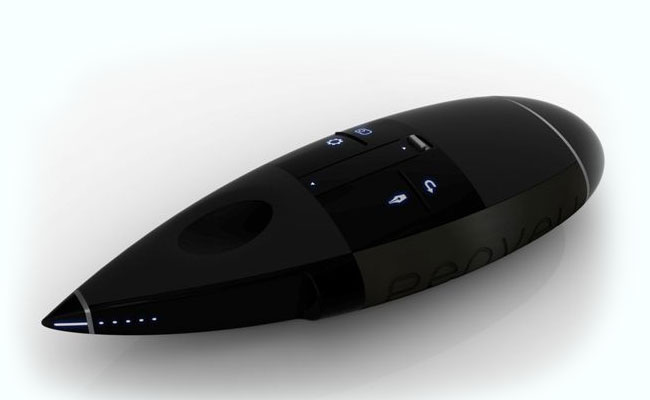 The Penveu device is shaped like a teardrop and has been designed by Frog Design, and is equipped with four buttons, a scroll bar, and a toggle, which allows you to switch the Penveu between mouse and pen modes. Yoram Solomon, Ph.D, vice president and general manager of Penveu explained to ventureBeat:

“The incumbent interactive white board manufacturers have been using the same technology for almost 20 years – they don’t want to see change,”-“We had no vested interest in the existing technology, but we had all the incentives in the world to bring new technology and disrupt this market with a much better product for a fraction of the cost of existing products in this market.”

Interphase say their new Penveu device has been designed to be extremely accurate, even from up to 40 ft away from the surface. Unfortunately no information on pricing or worldwide availability has been released as yet, but as soon as information comes to light we will keep you updated as always. 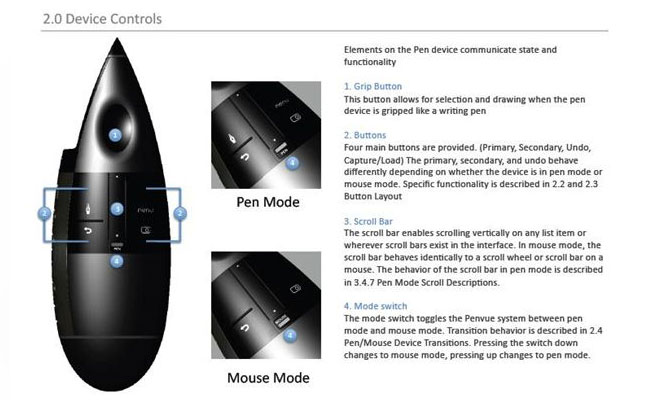