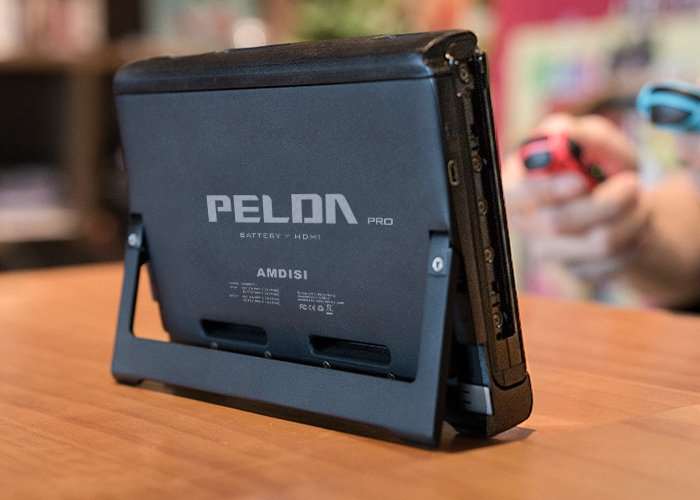 Nintendo Switch players that are looking for a rechargeable battery case equipped with HDMI may be interested in the new accessory called the PELDA Pro created by AMDISI.

The Switch battery pack case is capable of providing up to an extra six hours of battery life, and its creators have also released a Pro version that allows you to connect your Switch directly to any TV or screen.

Watch the demonstration video below to learn more about this useful accessory for the Nintendo Switch which is now available to back via Kickstarter with pledges starting from $39, offering a $50 saving off the recommended retail price. If the Kickstarter campaign is successful shipping is expected to take place during January 2018.

Nintendo Switch is by far the best portable gaming console. We all love to play their ZELDA on the go! But as any gamer can tell you, the biggest issue is the short battery life and hassle of carrying the bulky switch dock necessary for connecting to a TV. PELDA has a battery capacity of 8000mAh and the Pro version has a capacity of 6000mAh. PELDA Pro is also the first of its kinds that has a micro HDMI port which allows you to connect to TV without any dock.

Jump over to the official Kickstarter campaign page via the link below for full specifications and all available pledges.