As the first Pebble SmartWatches start to be shipped, Kickstarter backers of the new smartwatch will be pleased to learn that the new Pebble iPhone app has now landed in the iTunes App Store and is available to download.

When the Pebble launched on the Kickstarter crowd funding website it raised over $10 million in pledges and sold 85,000 watches. But the extra attention caused a few delays and now after a few delays the new and improved Pebble SmartWatch is being shipped. 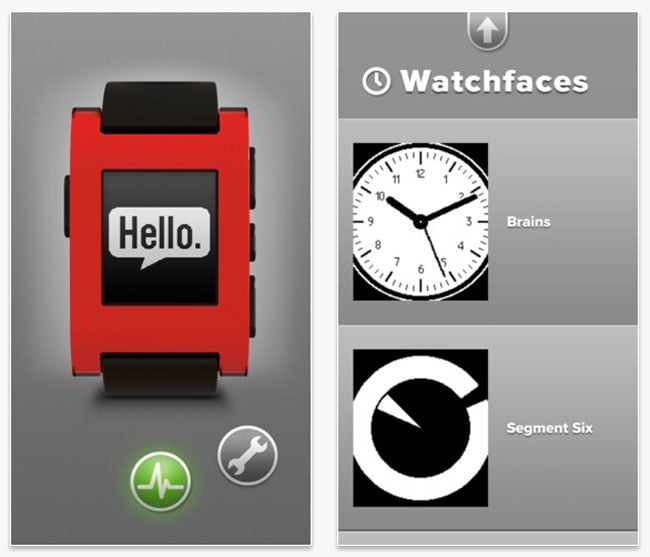 The Pebble SmartWatch iPhone App was submitted to the store over two weeks ago and has now passed all Apple’s checks for inclusion. Once downloaded and installed the new Pebble iPhone app allows users to receive when software updates for their Pebble smartwatch is ready to be installed, installs and remove custom watchfaces onto the wearer’s Pebble, sends ping test messages to the Pebble and helps the wearer troubleshoot issues.

“Pebble is the first watch built for the 21st century. It’s infinitely customizable, with beautiful watchfaces and useful internet-connected apps. Pebble connects to iPhone and iPod using Bluetooth, alerting you with a silent vibration to incoming calls, emails and messages. While designing Pebble, we strove to create a minimalist yet fashionable product that seamlessly blends into everyday life.” 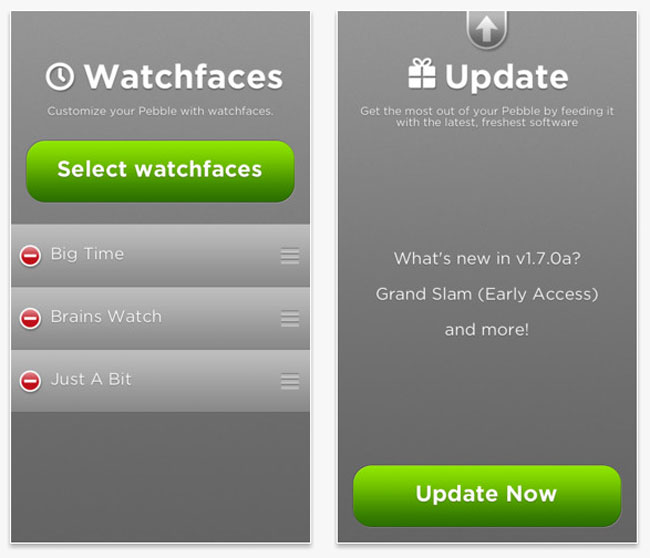